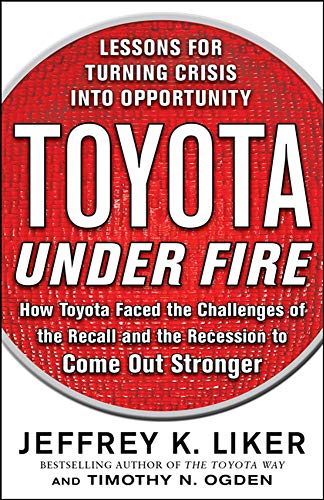 Toyota Under Fire by Jeffrey Liker

Toyota Under Fire, 2011 Shingo Prize Winner, takes you beyond the headlines and into the offices and factories of Toyota to reveal the truth behind the company's highly publicized and controversial recall of over 10 million vehicles.